▶️ Do you know you can pay for flights and hotel rooms with Bitcoins? 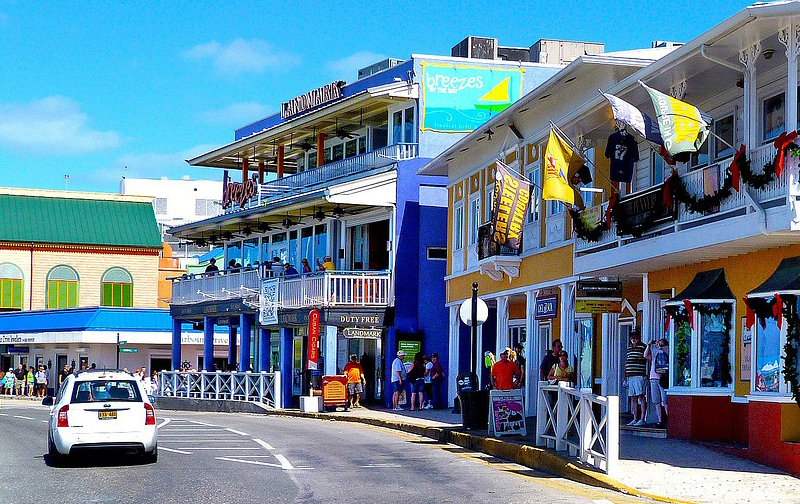 The economy of the Cayman Islands, a British overseas territory located in the western Caribbean Sea, is mainly fueled by the tourism sector and by the financial services sector, together representing 70-80 percent of the country's gross domestic product (GDP).

When the Federation of the West Indies dissolved in 1963, the Cayman Islands made a smart choice by deciding to become a British Overseas Territory.

This allowed the islands to keep is close ties with Great Britain without facing direct taxation, a move that allowed the Cayman Islands to thrive and obtain one of the highest standards of living not only in the Caribbean, but in the world...more

CIBC Bank and Trust Cayman
Provides individuals and corporations with a wide range of offshore financial and wealth management services.

Background Facts
The Cayman Islands is a British Overseas Territory located in the western Caribbean Sea. The territory comprises the three islands of Grand Cayman, Cayman Brac, and Little Cayman, located south of Cuba and northwest of Jamaica.


The Cayman Islands gained this status by marketing itself as a luxury tourist destination, which allowed them to charge higher rates, and sell high-end products to visitors who were willing to spend more for special treatment and pampering.

In 2003, the islands welcomed over 2.1 million tourists, with half of these guests arriving from the United States alone.

The financial sector is the second largest industry in the Cayman Islands.

The lack of taxation from Great Britain allowed the Cayman Islands to establish itself as one of the top financial centers in the world, and 40 of the world’s largest banks make their homes in the country.

At one point, more than 80,000 international companies were registered in the Cayman Islands.

Not only has there been a decline in tourism because vacationers are choosing to budget travel over luxury travel in these financially trying times, but the U.S. government’s crackdown on off-shore banking has hurt the economy of the Cayman Islands.

International companies who participate in off-shore banking have been resigning their registration within the Cayman Islands, fearful of taxation from their home governments.

In 2010, Great Britain stepped in to help, proposing a three year plan to help regain the economy, and establish the Cayman Islands as a more trustworthy banking center.

Time will tell if these steps have aided in the re-establishment of the country as one of the best-off in the world.

For more information about the Cayman Islands’ economy, click here.