Bitcoin, Blockchain And Their Future Role In International Banking


▶️ Do you know you can pay for flights and hotel rooms with Bitcoins?

What is Bitcoin?
Bitcoin has various meanings. It can refer to the payment system invented by the pseudo-identity Satoshi Nakamoto that uses peer-to-peer transaction system without the need for intermediaries or governing bodies.

Bitcoin can also refer to the unit of transaction in this payment system. Bitcoins are essentially a track of unused output of a transaction without a central repository nor an administrative body. This digital currency has gone on to spearhead the era of cryptocurrency.


The implementation of this system involves the user offering up their computational power to process payments and in return they accrue bitcoin.

This activity leads to the verification and record-keeping process into a ledger on the public domain of these payments. This process is called mining and participants are called miners.

They are rewarded through newly generated bitcoins and also receive transaction fees. These are not paid by the vendor anymore as is the case with credit cards and other plastic currency.

Bitcoin can be referred to as BTC or XBT with its variants at millibitcoin, microbitcoin and satoshi, a homage to the founder of the technology.

What is Blockchain?
Blockchain refers to the online ledger that is maintained by arithmetic, infused with trust and protected by secrecy. The aforementioned miners offer their computational power to bundle transactions, captured by network nodes into specially formatted records called blocks, and broadcast them to the network users in the trust area.

The correlation between newly generated transactions and those that existed beforehand is enhanced by keys and digital signatures in a network called a blockchain.

This rings true when you observe that this distributed database is kept functional with the use of private and public keys. The simple database terms gain more importance in this payment system as the owner of the bitcoin signs their transaction with a private key with a digital signature.

The refresh rate of a block is roughly six times an hour, as it augments the blockchain and publishes the result to the network nodes, tracking the time a bitcoin is spent.

Distributed databases are generally the way to go when handling massive volumes of data while cutting down on computational requirements.

The Big Data technologies in the banks of modern inclination show that blockchain applications could be embraced with time and proven track record with prototypes, dry runs or experiments to protect clients. On an individual level, blockchain is a safe way to have your online identity intact and keep the bitcoin system honest.

A public ledger on a distributed database with constant reporting about changes to network nodes hardly sounds secure. However the bitcoin is; safe, secure and reliable. Of course in this day and age nothing can be deemed perfectly safe.

The fact that a digital signature that is uniquely identified by the payer is used to augment the block of transactions by miners and subsequently matched against the public key by the system makes it impossible to breach, well almost. It is a safe and secure system that further promotes trust and accountability among network users.

The intelligence of the bitcoin system to communicate identity, suitability and relevance of a transaction's details marks it out as a safe option for banks, hospitals and other sensitive information storage organizations.

The public key uniquely matching the private key to produce a mathematical function to be solved by the blockchain ensures highest security credentials are always observed. It has caught the eye of a lot of industries and this is because of the security it offers along with its trust and robustness as a system.

Safe is often a tricky word when it comes to digital matters with every security measure bound to find an equally and opposite force to test the robustness of the system or application.

Black market activities and money laundering schemes are the counterproductive side to the fluctuation safe currency and integrity laced transaction system based on trust and honor.

The chances of finding dishonest miners, malware thieves and ransomware experts are just as high as the expectation for a secure and safe transaction system and economical innovation. 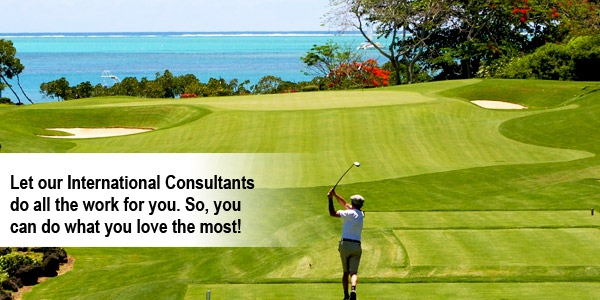 Is Bitcoin The Currency Of The Future?

The future has long been touted to be upon us, but we really only ever accept this until the next big thing arrives.

Cryptocurrency is surely a step into the future that eliminates from these institutions the mishandling of documents and records, the dishonesty, lack of trust of employees as well as the lack of reliability.

The fact that the currency or payment system exists in the public domain with a protection of all the nodes connected shows just how much bitcoin can be a game changer in terms of securities, risk management and data management.

The bitcoin system is ahead of its time for sure with the use of an auto-updating mechanism that makes it alnost impossible to breach the public ledger.

Only those with the keys needed will access their data as opposed to the archaic bank methods. The use of bitcoin to manage internet of things shows its application can go beyond the technical world and into the everyday world.

Bitcoin can further be seen as a currency as it possesses three properties that define a currency: hard to earn, the supply is limited and easy to verify.

The currency of the future must provide for various currencies and be universally accepted to bridge gaps between people of race, gender and transactional capacity. Various banking authorities warn bitcoin users that they are not protected by chargebacks or refund rights but that has not diminished its popularity.

Now you can pay for your flight and hotel with Bitcoins🔻
Role Of Bitcoin In International Banking
Blockchain is one of the most fascinating concepts of bitcoin and this is bound to affect an industry that has often been known for its age old operations and legacy record keeping.

Bitcoin is a fancy for banks as it can reflect the records of a client, the creditworthiness of a client and prevent double transactions.

"The downside to all this is the assumption that bitcoin and its maker never envisaged; bad morals."

It is a safe manner of moving around money and other securities without inconveniencing banks or authorities that are subject to time consuming protocol and scrutiny.

The bitcoin auto refresh system is a major attraction for banks as it prevents double transactions and with the private and public key authentication system, can prevent identity theft and reduce the computational requirements for banks.

The downside to all this is the assumption that bitcoin and its maker never envisaged; bad morals. Miners often offer their computational power to create blocks but what happens in the case of a selfish miner?

What about the use of a bitcoin to entice two offers for the same commodity in a race attack?

People can often decide to alter the ledger by omitting entries, so what happens in the case of history modification?

These are among the major worries of banks when implementing these new technologies. Their vulnerability is usually high, but especially so, in the presence of dignitaries and high risk clients. Thus the reluctance to change their tried and trusted methods, but bitcoin may have the best chance of lasting solutions to the international banking domain.

Proof of work is the concept of any transaction being accepted into the network meeting the difficulty target with miners finding a nonce to hash with the block. Wallets are steady credential storage devices that hold the keys to the network for any given transaction and are key in ensuring the fungibility of bitcoin.

Zerocoin and Dark Wallet protect privacy and address the issue of transactions bearing marks of identity, a key concern of the international banking community that can be hosting offshore companies.

The sensitivity of these companies and their said directors and assets are of paramount importance, and the bitcoin technology and blockchain functions must comply with this before it is embraced.

Will Big Banks Accept Bitcoin Or Its Blockchain?

The sheer fact that it reduces the cost and complexity of the bank’s transactions shows versatility is limited to the blockchain.

This shows the difference between the trust levels of human interaction as opposed to the telemetry available for the blockchain. This can be a major flaw in its operations, but the affected companies shall step forward and continue the rapid emergence, rather than the identities breached.

The presence of modern options like multiple access points, stabilized and detailed bank accounts or even mobile banking makes it a fair while before banks acknowledge the perks of bitcoin and blockchain.

Big Data is also one of the newer technologies being accepted by the banks, showing a slow yet sure progression. The best case scenario involves entire and un-adultered acceptance of what bitcoin and its accompanying technology has to offer.

The fact that resources can be saved by getting integrated circuits specific to the application which outperform normal CPUs at a fraction of the power consumed makes this a risk worthy field. Some of the banks seen to be complicit or pro-bitcoin include:


International banks are especially on the spot as their acceptance of Big Data technology and the improvements that have come with the move were a dent to their reluctance to embrace innovation. It may be a case of delaying the inevitable but change is afoot.


We would love to hear what you think. Leave your thoughts in the comment section.